As a Jew in Long Beach, I have always been proud that you can find menorah lighting ceremonies in Belmont Shore, Bixby Knolls and even City Hall.  It shows that although Jews make up a relatively small percentage of the population, that our culture and religion are honored and included in some way during the holiday season.  You can usually find some assortment of Hanukkah merchandise at the bigger chain stores starting in November, which is nice.  I can pick up dreidels or chocolate coins for a party, or candles for my menorah.

I was shocked when I found out Target, “Long Beach Bellflower” in Los Altos, did not only NOT have a small selection of goods, but the manager refused to stock even one small shelf or end cap of Hanukkah merchandise this year.  Signal Hill has an end cap, Seal Beach has an end cap.  Obviously managers CAN order these items and other managers in the same region felt is was pertinent and applicable to have a small selection available to their customers.

I personally haven’t been shopping at this specific location very long, but other Jewish women I know have been shopping at the Los Altos Target for 20 years and have always felt like the Hanukkah selection has been adequate based on the local Jewish population and its needs.  So why this year?  Why now?  Some say that the merchandise must not have been selling well.  Then why not see the influx of complaints (I know I am not the only one who has complained) and choose to stock some merchandise in time for the holiday?  If people are complaining that they WANT to spend money at your store, but can’t, isn’t that a great reason to expand your selection of merchandise?

Target has allowed each manager to decide if it will be stocking Hanukkah merchandise this year, regardless of demand, or demographics in the region.  In essence, they are allowing each manager to exercise their own prejudice and discriminate.  Now, I get it, this isn’t Eric Garner levels of discrimination.  We are Jewish women who can easily get to Seal Beach or Signal Hill stores if we are dead set on getting Hanukkah merchandise from Target.

I will ask you to take a moment the next time you’re in the Los Altos Target and let the manager know you think it’s wrong they are not stocking Hanukkah merchandise.  Support the Jewish community and do what all of Long Beach seems to do so well; Find a way to make everyone feel like they matter during the holiday season.

Happy Holidays!  May the Schwartz be with you! 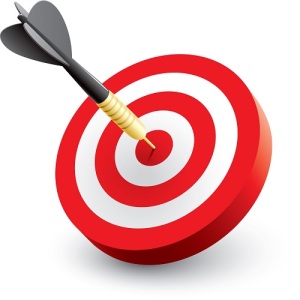